My quest to convert the world to better and more informed musical taste began in college in the innocent days of 1967. I realized that while the Beatles and the Rolling Stones were nice, Chuck Berry and Robert Johnson were nicer. Typically, none of my ignorant friends would listen to me.

Eventually I concluded that minds needed to be changed, by any means necessary. This is no idle game– this is a revolution.
Like many guerilla movements, technology has played a key role in our struggle.What the Kalishnikov was to Afghanistan, the Ghetto Blaster is to our struggle. The blaster has led to an entirely new phase in my quest to liberate the world from the tyranny of musical ignorance.
Through the years my army has grown. Allow me introduce you to a few of my comrades:

Master Fung is a former Red Chinese Commander, the youngest and most brilliant of his era. An expert in the martial art of sha shitsu as well as an obsessive strategist, he risked his life to join me and my movement after I introduced him to Drum n Bass in 1996.

Rarely photographed, Akbar X and Shenard Rodriguez are refugees from various underground movements who eventually gravitated towards my call to musical arms. Although they both have their demons after years spent in brutal right and left-wing guerilla training camps, they can be trusted implicitly. 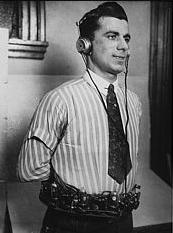 Although he is somewhat of a behind-the-scenes figure, Jan Fossbeck and his technical wizardry has been instrumental in bringing my message of musical revolution to a broad, worldwide audience. An earnest member of the communist party, Jan listens exclusively to Detroit techno.
After much thought, I have decided to accept usounds’ offer to publish a journal of our 32nd World Wide Tour for my many fans and detractors around the world to glorify/vilify. But only because I owe Ric a favor…
Clarence Baxter, Berlin, March 20th, 1999

Singapore, March 5th, 1999
We arrived by boat. The minute our legs hit solid ground, we pulled out our blasters (which we had been tweaking for hours), popped in our tapes, and agreed to meet up at the Raffles Hotel in 2 hours…
I had with me my traveler, a solid 1990 Panasonic I had picked up for a song in Riyadh some time ago. For some reason I thought Trans Am’s Trans Am album would go over well with the locals and I started blasting "Orlando" at top volume the minute I reached a crowded shopping mall.  I knew that Trans Am’s well-ordered chaos would aggravate the Singaporean soul.

At first I just got some strange looks, but soon a crowd formed around me. Evidently people thought I was selling something or giving something away, or was part of some television show. Soon there were dozens of people clustered around me, waiting to see what I would do next, their trusting faces starved for entertainment.
I turned the music up louder and louder, the sometimes spare, sometimes expansive guitar rock reverberating through the crowd and echoing off the walls. The droning guitars, the thudding, solid bass, and the relentless pursuit of percussion perfection was whipping the crowd into a frenzy. Trans Am is the rare band that can make you forget why people sing in the first place. Much like an abstract painting, there is power and fury in their music, but there is also ordered simplicity. I was so pleased by the crowd’s interest I can’t begin to tell you how magical the moment was.
I called out to the crowd, ‘It’s the music, listen to the music! Listen to the music! The beautiful music!" I was so excited that my voice was high and distinct. Murmurs went through the mob. "The music?" one man asked incredulously. He spat on the ground and left, as did most everyone else.
A few skaters stayed and danced around the boombox but scurried away when a policeman came by to try to arrest me. I turned down the Trans Am, and bolted for the exits. In mid-stride my strap broke and I nearly lost a good blaster. Luckily, I was able to catch it before it hit the ground. Pushing my way through confused masses, I ran through the electric doors and was quickly lost in the crowded, shopper-choked streets.
Sydney, March 9th, 1999
It had been years since I had been in Australia, and the place had changed significantly. While before it seemed like a county populated by Britons who had been left in the sun too long, it now had a certain confidence that was absent before.
However, the city was ripe for a musical takeover and after being deported from Singapore we felt fucking invincible.
Under a hot sun Master Fung and I headed for downtown. Akbar, Shenard, and Mister Lonny G, a local recruit, headed for the harbour armed with several large 1984 Panasonic 321.b’s– prime artillery in that neighborhood. With them they packed an assortment of Adam F mixes along with some early KRS-ONE, perfect for setting Aussie tourists on their asses.
Master Fung and I each packed Sonys, his a 1999 XBR-200, myself a vintage transistor rig outfitted with custom 1979 Pioneer speakers, Nakamichi Dragon tape-deck and a hand-made wooden case. The shoulderstrap was premium leather– it was my finest blaster and always seemed to work like a charm.
I started off our session with a little Midnight Bowlers, some freaky Japanese pop confections with kitsch vocal loops and some deep bass. Master Fung got in the mix with some MC Solaar, blasting a cut-up mixtape of the Prose Combat album at a volume that was several decibels beyond illegal.

When it reached Le Nouveau Western, I countered him with Serge Gainsbourg and Brigitte Bardot singing Bonny and Clyde. Our primitive form of DJing had the small crowd that formed far away but seemingly interested in the music, which thanks to Solaar was jazzy, classic, and hypnotic.
People stayed for quite a while. Maybe they loved  Solaar’s so-smooth flow, or maybe they just thought we looked ridiculous in our combat gear and massive boomboxes. Either way, quite a few people came up to us afterwards and asked us what we have been blasting.
If we can touch just one heart, or change one mind, that’s what it’s all about Or if we can make someone shit their pants in fear, that’s also what it’s all about. I know that if we press on, stay dedicated to the cause, and beat back the tyranny of radio and television, we will win the battle and the war…
until next time my brothers,
Clarence Baxter
USOUNDS | 2.22.1999
(Visited 4 times, 1 visits today)