So now, for the question of the day: (All of you indie rock stalwarts will already have heard this story. Bear with me.) What do old record players and the infamous Karate Kid have in common? You guessed it, (or didn’t): the fab new kraut-electro-straight-outta-1971 (hello Can and Neu!) threesome of David Best, Steve Lewis and Matt Hainsby – Fujiya & Miyagi. Best and company melded Fujiya, the name of a record player, and Miyagi, the all-knowing sage of Karate Kid fame, into a name for themselves and separated the two with an ampersand. Matt Hainsby got the luck of the draw and is cleverly known as “&”. Their new album, Transparent Things, is anything but transparent. And they aren’t Japanese. They’re British.

You don’t expect to want to dance to this album, but you have to. The slinky bass and lush Moog lull you into a slow rocking of the body until even your kneecaps feel entranced by their self-indulgent coolness.

“Ankle Injuries,” the track that graces us first on Transparent Things, is infectious and the Moog is utilized most un-cheesily. The next track, “Collarbone,” is the most witty and fresh dance song of the year and compels you to revel in its subdued charm. A quiet charisma gradually comes over this album as you fall deeper into it. “Photocopier” and “Conductor 71” work their way into your head and you become quite convinced that not only is this band fabulous, but that the sounds they so desperately want to create are exactly the sounds you’ve been waiting to hear since the 1980’s.

Bits of 80’s pop infiltrate the frigid Kraut rock/Electro pop milieu. A fairly short disc, at only ten tracks, Transparent Things doesn’t leave you wanting in the least bit. This collection of songs was crafted as if it were made from the same prolonged non-stop session, and it shows. The album is entirely solid and trance-like. (But not in the “Let’s do ecstasy and touch each other” way. More like the “I’m really high and I completely get this brilliantly crafted British Kraut-Electro album.”)

“Cassette Single” directly channels the ghost of Can while adding a Kevin Sheilds instrumental aura a la the movie Lost In Translation. The multilayered sound of this band, and particularly this album, is quite impressive. They effectively make synths, old German electronica and light airy pop work together in a most elegant, sadly sophisticated and strangely relevant way. Similar artists include Hot Chip and Air, but Fujiya & Miyagis sound is expressly their own.

Fujiya & Miyagis stream-of-consciousness lyrics about mundane normal day events like being punched by a girl or getting new sneakers and their saccharine dance-punk backdrops make for a bright and shiny nugget of pleasure. One of the most solid and fresh works out there this year. 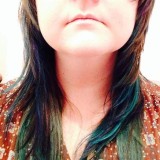