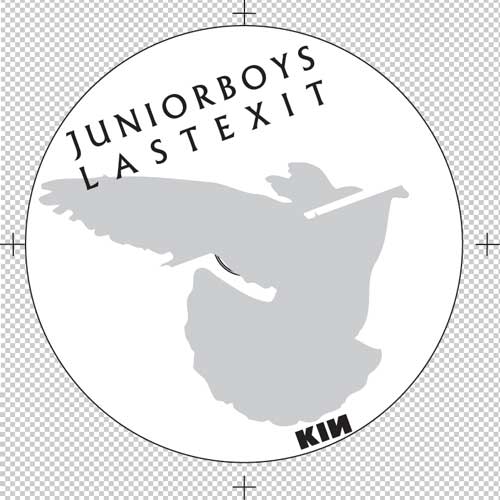 Greetings, friends and associates from around the world. Life is suffering, and suffering is born of desire. That is why my life has been cleansed of all desire, even that of the marvelous and soothing pleasures of the finest resin-soaked nodules of cannabis buds.

Lately I have been spending my time following a schedule in keeping with my Zen Buddhist beliefs. I wake at dawn, eat some barley grains, and take a long walk around my property. This is followed by 4-6 hours of intense meditation. After that I usually fire up my imac, send some email, and listen to music. My favorite album of this year has been the amazing Last Exit from Junior Boys. 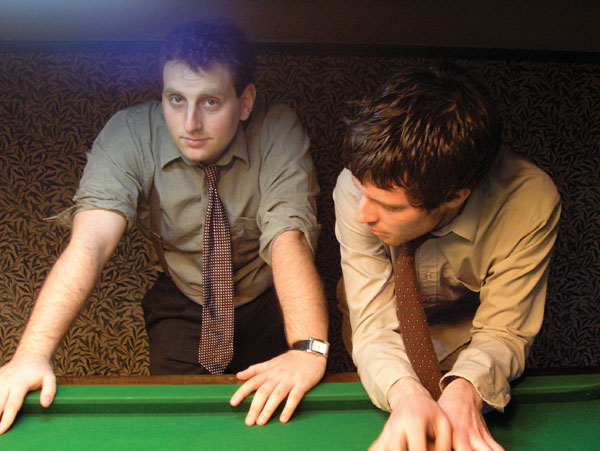 Junior Boys, led by Jeremy Greenspan, is an electronic group that is difficult to categorize. If you haven’t heard them, and like anything from 80’s synth pop to 60’s folk to 2000’s UK garage, I suggest you give them a listen. What I like about them is the ability to convey real human emotion through the vocals and the beats and music.

Recently I had the opportunity to interview the man behind Junior Boys, Jeremy Greenspan of Hamilton, Canada.

Jeremy Greenspan of Junior Boys: For the same reason that junior boys fans hate to dance.

Terrence: I think I have no idea what you’re talking about, but to be honest I just finished meditating, so I’m a little out of it. Do you practice any form of meditation?

Terrence: So do I. You know, I keep hearing your music compared to 80’s stuff. So I have to ask, Hall? Oates? Neither? Indivisible?

Jeremy: I think I’ll have to research…I wouldn’t be surprised if Oates wrote the songs, because it’s hall who has the pipes. Yeah, up in the air, further deliberation required.

Terrence: I’ll try to remember to get back to you in a couple months and see what you’ve uncovered. Tell me, what are your favorite cities to visit?

Jeremy: I haven’t been to many great cities. My favourite must be London. I’m definitely going to visit Shanghai soon. In fact despite the fact that I’ve never been to shanghai, I will answer the question as Shanghai.

Terrence: Shanghai it is. What are your plans for touring, live show, etc.?

Jeremy: We’re starting a North American tour on sept 23 in Detroit. We’re touring in support of Mouse on Mars and Ratatat. We’ll have a website up soon, with all of the specifics.

Terrence: Can you reveal any plans for your stage show? Will you have lights and pyrotechnics, scantily-clad backup dancers, little people, matching satin outfits, etc.?

Jeremy: We played a bunch of shows with Manitoba recently. And we played a show in Hamilton which is our hometown (both ours and manitoba’s) and so we thought we should do something special…so we figured we’d go rent some lasers and fog machines…so out we went for I guess a few hours going from store to store in the hopes of getting a freaked out laser machine…but alas there are no decent lasers in southern Ontario…

Terrence: That surprises me, I would have assumed the city was replete with such machines. Go figure. Tell me, when you were making the most recent record, did you ever achieve the satori? (Zen term for sudden enlightenment)

Jeremy: Is there an antonym for satori…if there is let me know, because I know I achieve that everyday.

Terrence: The antonym for the satori is basically suffering, which is the condition of everyday life. Only when we release ourselves from desire will we achieve a state of Zen. Marijuana also helps, or so I have found, but only the finest quality varietials from BC, Switzerland, Holland, etc. Do you indulge?

Terrence: We can work on that, if you come visit me at my monastery. Anyway, your music is very subtle, it reminds me of Hemingway who used to say his stories were like looking down on a river from a bridge.. You see some little fish at the top, currents and sun dapples and other stuff. But then you see dark shapes floating by, mysteries full of meaning, big fish that just go by like shadows. Is this something conscious in your song writing process?

Jeremy: Writing stories requires a degree of thought, abstraction and reflection not necessary in music. Music always writes itself. That’s why songwriting is itself a bogus term. A songwriter only facilitates chance happenings, I know this sounds like bullshit, but its totally true.

Terrence: I don’t think chance happenings sound like bullshit, in fact it’s essential to Zen Buddhism. Of course we would say there is no chance, only happening, but you get the idea. How has your life changed since the release of the album?

Jeremy: My life hasn’t changed much…but I always feel that my life is just about to change…so ask me again in a bit.

Terrence: Will do. Getting back to the music, one group of the past which I have been rediscovering of late is OMD. Are you into them at all?

Jeremy: Holy shit yeah…I love OMD…especially the first three albums…its funny, Matt and I have probably started covering at least three OMD songs…but it never worked. I have a friend who does a band called “orchard hill” who does an amazing version of Almost. The thing I most like about OMD, is McLusky’s voice…he definitely adopts that mid 50’s crooner vibe, that was somewhat prevalent in the 80s…i mean on maid of Orleans he sounds like Bobby Vinton or some shit like that…

Terrence: What other groups from that era do you listen to/admire?

Jeremy: What I like about OMD is how they have that real 50’s style to their songwriting…if you listen to an early tune like messerschmidt twins, it has a real early rock n roll feel to it…from that era…there’s too many to mention… the people that tend to stand out most in my mind are probably john foxx, talk talk, joy division and japan

Terrence: Are there artists out there right now that you like? What has really made you sit up and pay attention lately?

Jeremy: Oh there’s been a lot of good stuff recently. I saw a show by
kptmichigan in montreal that blew me away. Right now the things I’m probably most into are coming from England and germany. I like electronicat and superpitcher quite a bit. And I’m really into the “hand on the plow” label (and will probably do something with them soon) and I like kode 9 and mark one quite a bit…hmmm what else…i liked the air record quite a bit, and I love the new pan sonic record.

Terrence: Are you into technology and such? What gadgets do you own?

Jeremy: We have a very basic studio…we use a lot of soft synths, and we use pro-tools for mixing…on the next record I will probably use ableton
live for much of the sequencing…

Terrence: Fantastic. Jeremy, thank you for the interview! I love the album and look forward to your upcoming tour…

Jeremy: It’s been a pleasure…